Predicting the Next Alvin Kamara

I was tasked with answering the most difficult to answer question in fantasy this year. Who will be the Alvin Kamara of the 2018 NFL season?

There are a couple ways to go about determining this.  Grab the most talented handcuffs and pray for an injury to the starter or pick a guy with opportunity to expand into a prominent role. 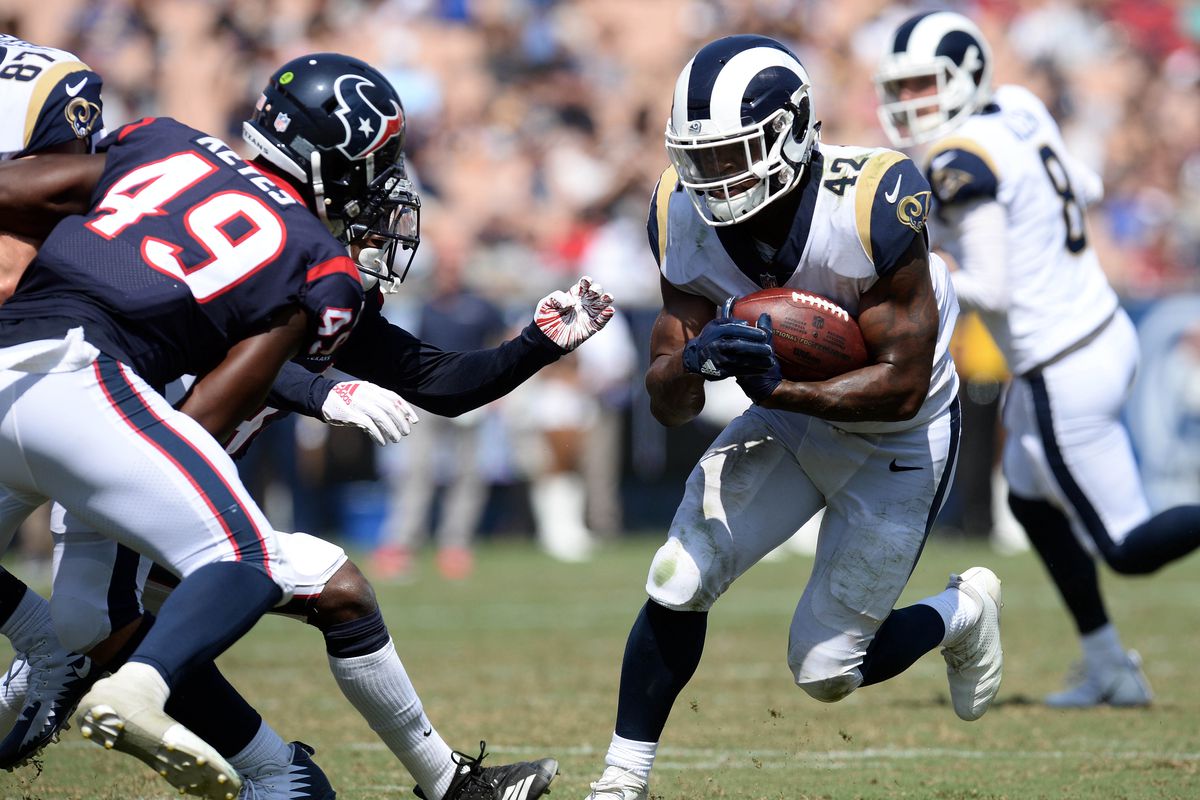 I’ll start off with a guy who is quickly making a name for himself this preseason.  His name is John Kelly. Kelly is someone who I think has the potential to be a top 10 fantasy RB IF Todd Gurley were to sustain an injury.  Through 3 preseason games, Kelly has amassed 215 yards with 3 touchdowns. He is the clear-cut number 2 back in LA who will get any and every look when Gurley needs a rest or is hurt. Kelly has the upside of learning behind one of the best offensive minded coaches, Sean McVay, who we all know did wonders for Gurley last season. Kelly is a violent, downhill runner who has an incredible receiving game as well.

In 2016 in college, Kelly was the backup to a familiar name, Alvin Kamara.  Once he was given the starting role in 2017, Kelly got off to a blazing start by running for 128 yards and 4 touchdowns against Georgia Tech. For the season, Kelly ran for 778 rushing yards and 299 receiving yards with 9 scores. Not all that impressive when you look at the start, but Tennessee struggled last year so there wasn’t much John Kelly could do. While there’s a chance he could have a role even with a healthy Todd Gurley, he’s only someone you should keep on your radar for now.  One of my favorite best ball picks for the last round of your draft though!

My next guy who I think is in one of the most valuable situations in fantasy is Aaron Jones of the Green Bay Packers.  Everyone is afraid to touch the Green Bay backfield right now, and rightfully so. Last year was a mess for Green Bay with the loss of Aaron Rodgers, and countless injuries to their running backs. This is one of the best offenses in football when Rodgers is healthy, and I think there is great value to be had here.  There is good reason to believe that Aaron Jones will be the work horse back in this power house offense.

Let’s dive into some of Aarons Jones’ stats, shall we? Aaron Jones was second in yards per carry with 5.5. Can you guess who was in front of him? Alvin Kamara! Let’s be clear however, this was on a limited sample size due to a MCL injury which hampered him throughout the season, but Jones still was able to put up a respectable 448 yards with 4 touchdowns on 4 starts. Let’s recap some of those games he did play though.  After Ty Montgomery was placed on injured reserve in week 4, Aaron Jones was given his first career start against the Dallas Cowboys and ran for 125 yards and a TD. The following week was a tough week for the packers as they lost Aaron Rodgers for the season against the Vikings, so Jones was only able to muster 41 yards that week. The next week without Rodgers he ran for 131 yards on 17 carries in a loss to the New Orleans saints. Jones is clearly the most explosive, natural running back on the Packers when you watch the tape.  With Jamaal Williams and Ty Montgomery currently dealing with injuries, Aaron Jones has a chance to be a fantasy steal. When he comes back in week 3 from suspension, I believe Aaron Jones will take on the lead role for the Packers and will lead you to your fantasy championship.