Well, this is a first on DailyFantasy305: a collaboration article! Both writers @Fanduel_Bomb and @dylanticeff have nominated players that you need to be making a priority in picking up on your season-long fantasy leagues for Week 2. The format of this article is simple: as the list goes down in the position, so does the priority. For example, we both value Geronimo Allison over Ryan Grant. With the format, we believe this should help with FAAB and general waiver wire priority concerns going into Week 2. 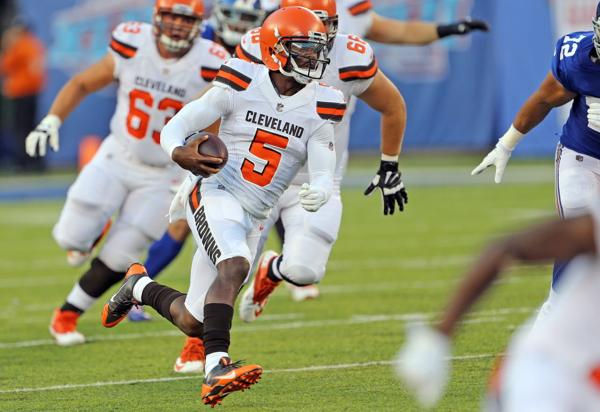 The former Buffalo Bills QB had a solid fantasy outing at home against the Pittsburgh Steelers. He recorded 197 pass yards, 77 rush yards, and 2 total touchdowns on the week. In Week 2, he gets a matchup against the New Orleans Saints who was supposed to be an elite defense in 2018. Well, things don’t always work out as planned. This defense allowed the Harvard grad Ryan Fitzpatrick to have a career day, putting up 453 total yards with 5 total touchdowns.

A popular DFS value play on Week 1, Case Keenum definitely makes a case for another stream option against the Raiders Week 2. While he did have 3 interceptions, I consider his start Week 1 as a successful and promising one moving forward. I’m a huge fan of the Broncos offense this season and with Keenum already having chemistry with Emmanual Sanders at the slot, Demaryius Thomas and Courtland Sutton will still be open once teams start figuring it out. I expect him to be a lot smoother as the weeks go on and I look at Keenum as a worthy pickup in all leagues knowing of his past history and his potential moving forward.

This dude came out of nowhere! The undrafted rookie out of Colorado ended up getting the same amount of carries as 3rd round pick Royce Freeman, but Lindsay looked more explosive overall. Lindsay totaled 102 total yards and a TD against the Seattle Seahawks. I get Tarik Cohen and Alvin Kamara vibes from him. Both these guys last season, came out of nowhere and are more explosive than their respective RB1’s. The talk would be different had Freeman put up a TD, but I definitely understand the hype. Look at Phillip Lindsay as the “Lighting” of the RB committee with pure explosiveness and pass catching ability and Royce Freeman as the “Thunder” of the offense with workhorse run down the field type strength ability moving forward. I don’t think he’s eagerly worth a pickup in 10 team leagues, but 12+, he deserves a look. Just saying, the Denver Broncos have a plus matchup next week hosting the Oakland Raiders in which they will be very susceptible to giving up receptions to pass-catching backs, just ask Gurley.

Arguably up there for the top waiver add this week, Yeldon certainly has a chance to start in Week 2 at home against the New England Patriots if Fournette’s is indeed out. Leonard Fournette suffered a hamstring injury in the second quarter against the New York Giants. We all know how RB’s are with these type of injuries, it could be good for a couple of days, or it could take weeks to heal. Regardless, Yeldon looked great last week and has a good matchup against the Patriots this week, who allowed over 100 total yards to Lamar Miller in Week 1. We are gonna lower the priority just a little after what it appears to be Fournette is day-to-day and he should be back for Week 2, but If Yeldon gets the start, he’s a reliable RB2 and you are rewarded immediately with the pickup. Still, pick him up as a handcuff with the constant health concerns that are with Leonard Fournette.

This one goes out to Alex Collins holders more than anyone. Week 1 against a week Bills defense was pretty concerning if you ask me. After scoring a TD then fumbling the ball in the 1st half, Collins got benched for a while and was then placed within a committee that featured himself, Kenneth Dixon, and Javarious Allen. Dixon, the RB with the most snaps (43%), limped off in the last 2-minute mark and looks to miss “some time” with an apparent knee injury. While Collins’ job is not gone just yet and with Dixon gone for a while, enter Javarious “Buck” Allen. He’s worth a look in all leagues in hopes that the Collins mishaps continue. 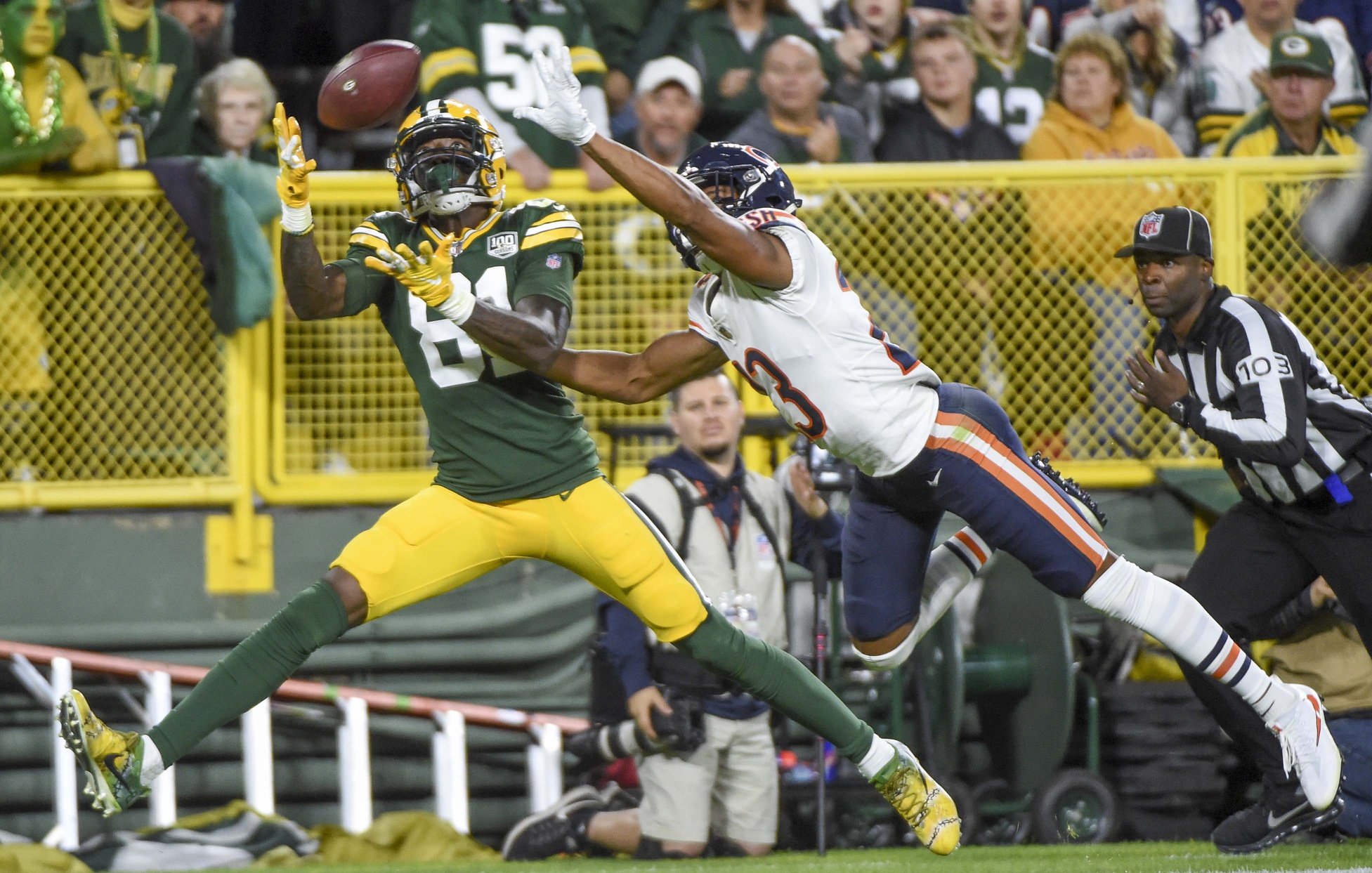 Geronimooooo! Previously mentioned in my other articles, I told yall! Go get my boy! Aaron Rodgers historically makes 3 WR’s fantasy relevant on average each year. For all the Jimmy Graham truthers out there, I’m sorry because Aaron Rodgers never looks for the tight end position. Even with Davante Adams and Randall Cobb having good games, Allison finished with 8 targets, 5 receptions, 69 yards, and a TD. While Xavier Rhodes shadows Davante Adams next week, Allison is going to be getting looks. The golden rule of fantasy football is to never leave a Packers receiver on the waiver wire. That being said, he needs to be a priority when making waiver wire claims.

As a Jets fan, this one feels extra special to me. Coming back from a gruesome season-ending neck injury in 2017, Enunwa made an instant impact in the Jets offense Monday Night against the Lions (6 receptions 63 yards 1 TD) . People forget how dominant Enunwa was in 2016 with Marshall and Decker and now healthy it looks like the Nebraska product will get a chance to stand out in this season’s Jets offense. Yeah, the WR core is pretty crowded and Kearse was out last week, but with 10 targets, Enunwa looks to be Sam Darnold’s safety blanket and by no means should be left on the waiver wire. Pick him up 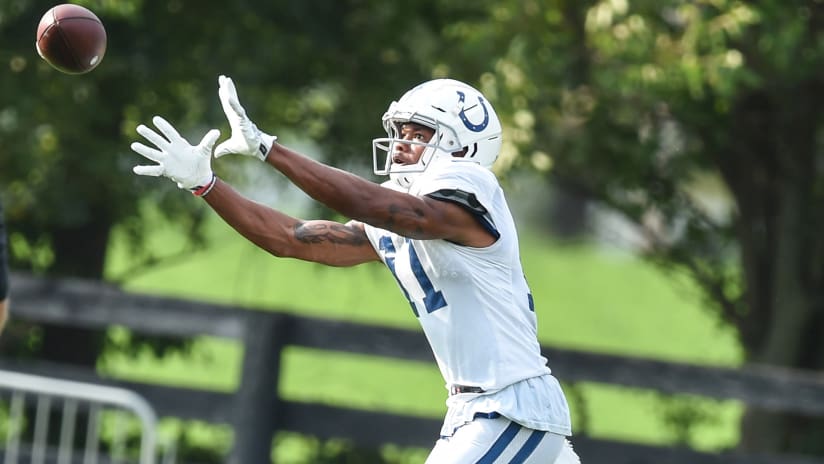 Simply put, Andrew Luck is going to be throwing the ball a ton this year! The game script screamed pass the ball Sunday against the Cincinnati Bengals. Luck attempted 53 passes, 9 of them were targeted for Grant. With those targets, he put up a solid 8/59/0 stat line. The Colts will play the Washington Redskins in Week 2. 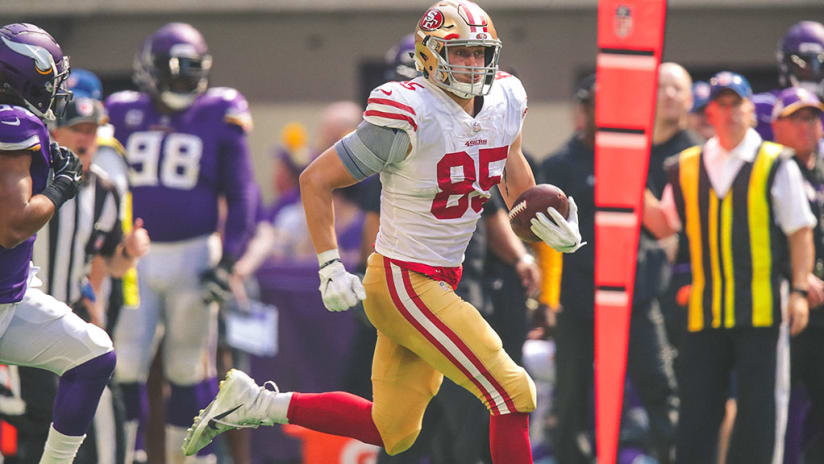 Considered a “Sleeper” target by all experts in fantasy drafts this season, it looks like George Kittle has lived up to the hype Week 1 wise. Yes, Marquise Goodwin left with a thigh bruise, but regardless, Jimmy G looked Kittle’s way a lot against the Vikings and that will continue each week. I consider him the top TE priority with the amount of opportunity he will see throughout the season and if he’s still available in your league and you either lost a TE or are not comfortable with your current one, there is no reason you don’t pick him up!

Unfortunately, Delanie Walker is out for the season after suffering ligament damage in addition to a dislocated ankle. Jonny Smith is an athletic specimen. This guy is 6’3, 248 LB. The Tennessee Titans will look for Smith to help the void of the teams #1 pass catcher. In week 2, The Titans get a plus matchup who allowed Rob Gronkowski to record a 7/123/1 stat line in week one.

I mean, wow! Who saw this performance coming?! 9 receptions and 180 yards. Very impressive for the veteran that is Jared Cook. I’ll expand more on it on the “Takeaway Article” later this week, but Cook’s huge game is a product of the Ram’s not having as much coverage to TE than at WR’s. With Martavis Bryant now back on the team and Amari Cooper having a career low in fantasy points, Cook should definitely regress back to the mean. That being said, what is so great about him is matchups coming up: Denver, Miami, and Cleveland are all known to have allowed a lot of points to TE’ so the magic may not be over yet for Jared Cook. I’m all for adding him if you need help at TE but he’s the 3rd option on the list for me.