5 Big Things to Take Away from Week 2

It seems like its been a common rule around the DFS industry to target RB’s that get a chance to face the Colts. I know I have been on that train and I used to look at it as targeting power hitters against Coors Field. Now, however, times have changed.

Enter Darius Leonard. While it’s only a small sample, it looks like the Colts found a gem in the 2018 Draft as second-round pick LB Darius Leonard has already made a name for himself in the NFL. In Week 2 away against the Washington Redskins, Leonard recorded an astonishing 18 tackles (15 solo) with a sack and a key forced fumble on Jordan Reed in the fourth quarter. With this impressive performance, he was announced as the AFC Defensive Player of the Week. On Pro Football Focus, Darius Leonard enters Week 3 as a 91.0 graded LB ranked 2nd in his position and on a team that lacked rush defense in the past, this is a huge step forward for the Colts. Darius Leonard needs to be taken seriously with opposing offenses moving forward. IDP players, pick him up. DFS players, keep an eye on him. 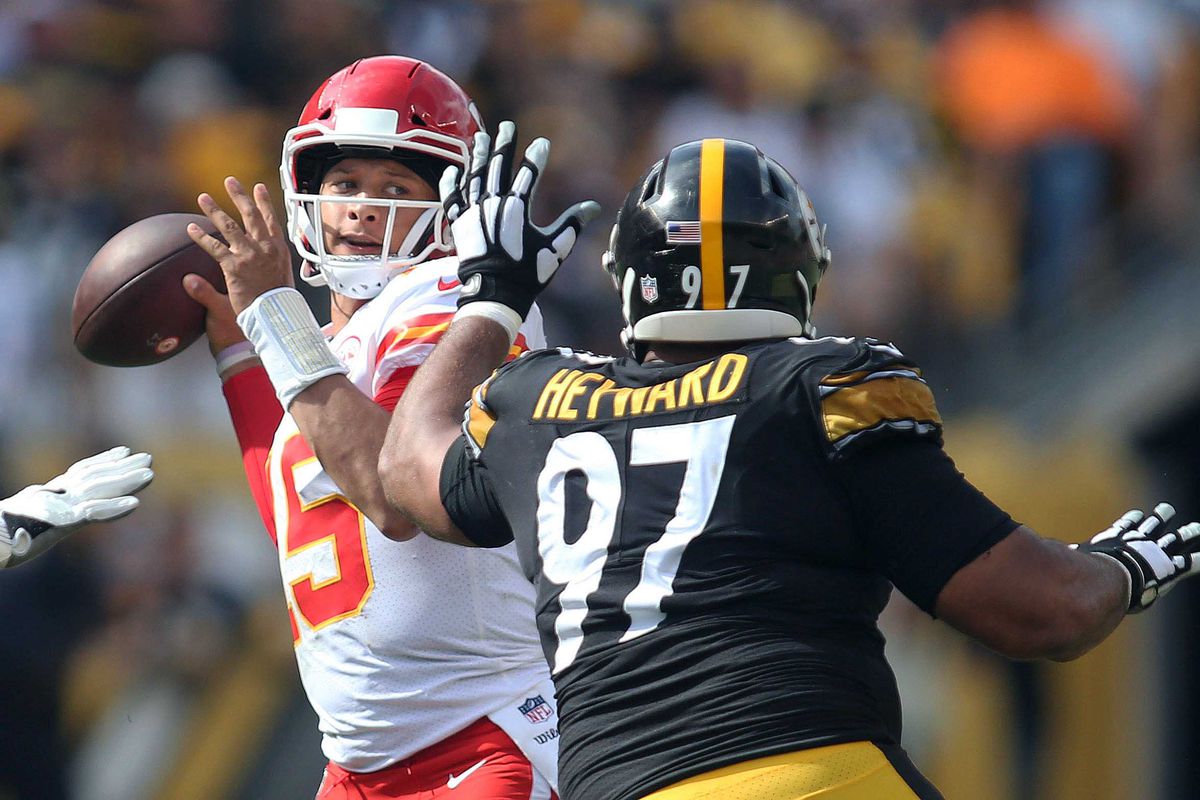 Everybody knows the Steelers have an amazing offense.  With fantasy studs Antonio Brown, Big Ben, and Leveon Bell (if he ever shows up) and up-comers like Juju Smith-Schuster and James Conner, the Steelers offense is almost always guaranteed to have a good week in fantasy.  Their issue is the defense, but that means that the games will be high-offensive shootouts. They just let up a huge fantasy day to the Kansas City Chiefs offense with Patrick Mahomes torching them for 6 touchdowns.  Even the Browns had a decent week 1 against them with Tyrod Taylor finishing as a top 10 fantasy QB.  Look for more Fitzmagic this week as the Buccaneers and Steelers should have another high scoring game.

3) WR’s are worth paying up for this season  (@Galaxy_DFS)

One thing is clear after week 1…Defense is going to be hard to play.  Most of you have probably seen or heard about the controversial play which happened in the Packers and Vikings game.  Clay Matthews had a textbook hit on the quarterback which turned into a penalty leading to a Vikings touchdown and tie game.  With the new rules on tackling with your helmet and the absurd protection of the quarterback, I think the crazy scoring performances we have seen these past couple weeks will become the norm.  QBs are less afraid to sit in the pocket and WRs are no longer afraid to go over the middle.  I think paying up for Wide Receiver as well as those pass-catching backs will be a winning strategy this season.

After a heartbreaking loss in last season’s AFC Championship to the New England Patriots, the Jaguars in Week 2 showed they picked up right where they left off in the rematch. From the first snap, the Jaguars tested the Patriots on both sides of the ball. The efficiency of Blake Bortles solidified management’s decision to extend his contract as leader of the Jaguars. The confidence Bortles displayed has trickled down to the entire team. With the physicality and speed of the Jaguars on both offense and defense, the Patriots found themselves behind early unable to concoct a comeback. That is a testament to the growth the Jaguars have endured. Even with the absence of star RB Leonard Fournette, the Jags displayed a potent offense that has several pieces that can lead them to the first Sunday of February. The Jaguars defense has been applauded in previous seasons, but the offense showed they command the same respect. This season may be special in Jacksonville, a season fans have been itching to have.

2nd in the league in targets 1st in the league in receptions 2nd in receiving Yards 2nd in receiving touchdowns MT is really doing it all. Averaging 15 targets, 14 receptions, 135 yards, and over a TD a game. With a depleted WR core around him, I think he can truly keep up the pace in behind ahead of guys like Antonio Brown, DeAndre Hopkins, Julio Jones, and Odell Beckham Jr.