It’s pretty safe to say that this week has the least attractive amount of talent on the waiver wire. With that being said, there is still a couple of interesting players to look at considering week 4 is the start of bye weeks. This week’s main focus in on wide receivers and quarterbacks. Let’s dig in.

Reasoning: Dalton has quietly been producing quality numbers this season. He’s recorded 20+ fantasy points against the Indianapolis Colts, Baltimore Ravens, and the Carolina Panthers. This week, he is expected to be in a projected shootout with the Atlanta Falcons. This Injured Falcons defense has allowed 8 total touchdowns to the QB position over the last 2 weeks. I’m expecting a 3TD floor for Andy Dalton.

Phillip Rivers Week 1:(424 yards 3 TDs 29 Fantasy Points). Ben Roethlisberger Week 2: (452 yards 3 TDs 39 Fantasy Points). Jimmy Garoppolo Week 3: (251 yards 2 TDs 22.3 Fantasy Points). Notice a trend here? That’s right, QB’s against the Chiefs without Eric Berry and Marcus Peters traded FEAST. Week 4 is Case Keenum’s turn. Yes, Demaryius and Emmanual Sanders had floor games Week 3, but look for that change in a top-tier matchup on Sunday. Keenum has a floor of 17 and a ceiling of 25+ fantasy points. Pick him up! Especially if you have Cam Newton on a bye this week.

NOTE: Also consider Baker Mayfield in a nice matchup at Oakland Week 4 & Eli Manning as a sneaky stream at home against the disappointing defense that is the Saints.

Reasoning: Yes I know Alex Collins is still the starter and hasn’t gotten hurt but Buck Allen has been very reliable during the first 3 weeks of the season. Allen has put up 10+ fantasy points and scored a touchdown in all 3 games this season. This week, the Baltimore Ravens play the Pittsburgh Steelers on Sunday night. This game should be high scoring which will lead to more work for Allen in the receiving game.

Reasoning: Why is this guy getting still slept on? This guy has 11 catches, for 189 yards, and 3 touchdowns in his 3 games played this season. This guy has solidified himself as the teams scoring option behind Melvin Gordon.  Williams is getting all the red zone looks at WR rather than Keenan Allen. This week, the Los Angeles Chargers square off against the San Francisco 49ers who have been handing out points like its Christmas morning. He’s an every-week flex play at this point. 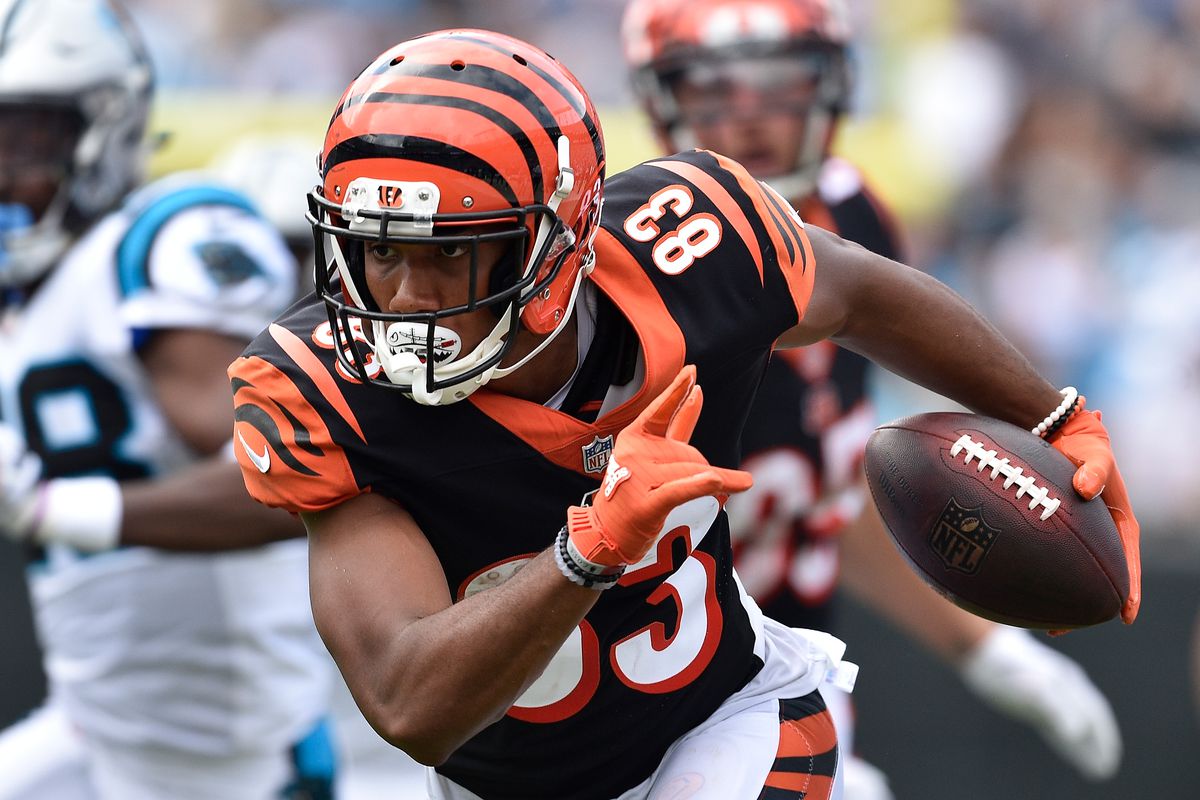 A popular DFS WR value pick from Week 3, it looks like Tyler Boyd is breaking out this season for the Bengals. 9 targets in Week 2, 7 targets in Week 3, Boyd is overtaking John Ross’ role as the WR2 on the team and the WR1 with AJ Green banged up. We mentioned already that Andy Dalton is the guy you want to stream Week 4 so pairing him with Boyd is almost a no-brainer in waivers this week. Especially against a banged up Falcons teams sans Keanu Neal, Deion Jones, and others, the Bengals will be a popular team stack for Week 4. Do not miss out on this guy! The #2 priority if Mike Williams is not available.

Reasoning: With Baker Mayfield confirmed starting, everyone benefits! Callaway was targeted 10 times last Thursday against the Jets catching four of them for 20 yards. In the first half, Tyrod Taylor overthrew a potential bomb to Callaway that he just missed, but regardless, with Taylor temporarily out of the picture, Callaway sets up as an excellent FLEX/ WR2 upside option with Mayfield at the helm. Mayfield looked confident, reserved, and aggressive in his debut and I expect that to continue Week 4 against Oakland. Have a piece of the Browns on your team with Callaway. Trust me, you won’t regret it.

Reasoning: This is more of a speculative add than anything, but if you are in a 12+ team league and are looking to dump a player on the Waiver Wire, Christian Kirk can be a great last spot bench filler for your team. Leading the team in receptions last week (8) finishing with seven catches for 90 yards, it looks like Kirk is finally coming out of the shadows and producing. After a lot of hype in the offseason, with Josh Rosen now in the spotlight, this could be Christain Kirk’s chance to break out as well. Granted, I don’t see him as a “Must-Add” but only as a speculative one. Keep you eye’s on him! Note: It’s really not worth spotlighting any TE’s for this week simply because there are no standouts. However; if you are looking for streamers: David Njoku, Benjamin Watson, Vance McDonald, and Ricky Seals-Jones are all worth a pickup in that order.