Just like how price and opportunity go hand in hand with the real world stock market, the same principles can be applied in the fantasy football market as well. Whether it is knowing if it’s time to trade or target a player, the bottom line is understanding the player’s value in order to maintain success in the long run in fantasy leagues. In these series of articles, expect to see two weekly stock risers and two weekly stock fallers.

Before continuing, get to know the terms for valuing a player.

STOCK: The current value for what the player is worth compared to others.

BUY: To target a player based off of upside, opportunity, and potential

SELL: To trade away a player based off of negative regression and/or a better return

HOLD: To keep for the time being based on consistency and potential.

Let’s face it, Sony Michel was bound to be a top 40 ADP pick had he not had that knee injury in the preseason. With all the hype surrounding Michel after he got drafted and him over overcoming his injury in the preseason, let’s give the man some credit as it only took 4 weeks to be a force in the NFL. Since Week 3, Michel saw his snap count spike from 13 to an average of 28 and his rushing attempt usage also increased from 14 attempts to 20 attempts. The only thing that is in Michel’s way from taking the next step forward is PPR monster James White. Having the “pocket knife” type role in the offense: White has the ability to act both as the running back as well as the pass catcher.  However, when it comes to true “workhorse” type rushing, it looks like Sony Michel covers that area (as shown in the tweet below).

Sony Michel is the first #Patriots rookie to go over 95 rushing yards in two consecutive games since Robert Edwards in 1998.

Sony Michel owners, pat yourselves on the back because you found a gem on draft. Expect the Patriots to rely more on Michel with touches because their offense is finally clicking and will most likely be up big in the 2nd half moving forward. Non-Michel owners: BUY now before the price is too high. Michel owners, SELL HIGH or HOLD for the long run!

Another guy you need to be targeting in Season Long leagues moving forward is Jarvis Landry. First of all, if you are in a deep league and are reading this article, pick up Baker Mayfield now! Anyways, for the next 5 weeks of fantasy football Landry has the pleasure in going up against the secondary defenses’ that include: Chargers, Buccaneers, Steelers, Falcons, and Bengals. Wow, that really is something, ain’t it?! Averaging 12 targets a game, we could see that uptick even more as Mayfield begins to get more comfortable in the offense especially going up against a frenzy of low tier passing defenses. On the opportunity side, with Rashad Higgins out, look for both Landry and Anotio Callaway to see more looks. BUY LOW on Landry now while you still can after his poor Week 5 game against Baltimore, and when you do, make sure to thank me later.

Nailing Amari Cooper is almost a guessing game at this point and for guys that have invested heavily on him this season, it’s just nerve-racking. Sure, he will have those few consecutive performances where he goes for 8 reception 120 yards & a TD, but with Cooper and this Raiders offense, what comes up must come down. In a conservative passing offense with Derek Carr at the helm, it really limits big-play abilities from Cooper when you have Jordy Nelson and Martavis Bryant as other options in the receiving core. Consistency is the issue with Amari Cooper. For this reason, it is imperative that you find a way to get him off your team without dropping him. Look, I may be wrong about him, but why settle on waiting for upside when you can trade and win now! A good idea would be to pair him in a package in hopes of getting a stud in return. SELL him on his player name and with the appearance of an easy upcoming schedule if you have to. 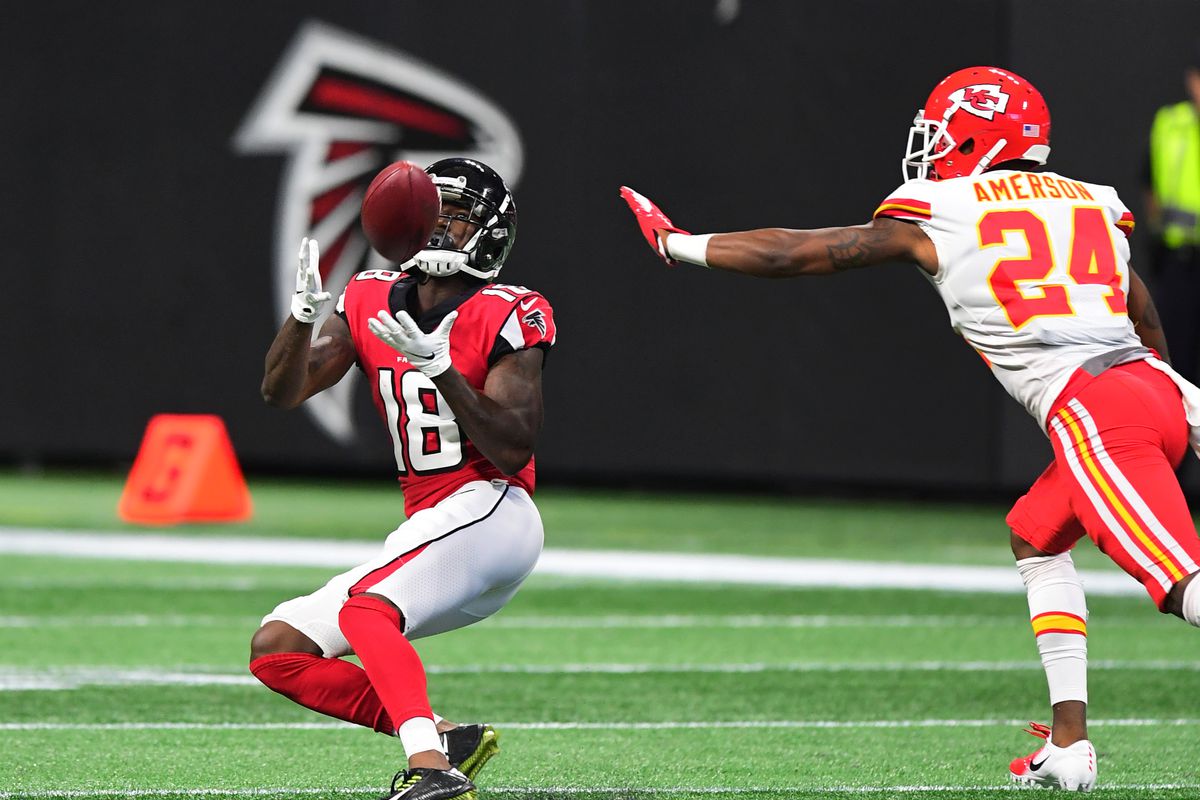 Another former Alabama makes this list and this time it’s Calvin Ridley. A perfect SELL candidate going into Week 6, Ridley owners must know that he simply won’t keep up that 15+ fantasy point and multi-touchdown pace he had going for him in the previous weeks. Yes, his STOCK will, in fact, rise after a nice matchup this week against the Buccaneers, but going forward it’s best not to rely on him. After we saw last week, Matt Ryan is looking more to get other pieces involved in the offense including Austin Hooper and Mohammed Sanu. Not to mention that Julio Jones is BEYOND due for a TD and Devonte Freeman is back on the squad, Ridley just won’t be getting those looks that his current Wide Receiver ranking (18th) has him for. Ridley is ranked higher right now than guys like Keenan Allen, Jarvis Landry, and Brandin Cooks. Eventually, that ranking will plummet with all of Ryan’s weapons now involved in the system, and with that being said, it’s best you SELL HIGH on him now rather than later before regression catches up to him.

If you enjoyed reading this, check out my work on twitter @fanduel_bomb.