It was a fun Bold Predictions article last week! As I own the fact that I whiffed on the Josh Gordon and Bills/Jets game call, I did successfully predict the huge games from Mark Ingram and Marcus Mariota, and a solid game from Nick Mullens, I will gladly take the 3-2 on being BOLD. as we move onto week 11, I got 4 Bold Predictions that I think will happen. Let’s get straight to it!

1. Michael Thomas goes for 200+ receiving yards in the potential matchup of the year:

Did you know that we have a possibility where all 3 of the starting CB’s for the Philadelphia Eagles have a chance of sitting in this weeks NFL showdown against the New Orleans Saints? Could you imagine them sitting and MT faces off against no-namers like Avonte Maddox and Chandon Sulivan? Both of these guys have played less than 100 snaps in the league. With Thomas already one of the most polished WR’s in the league, he would absolutely destroy this team. Even if the Eagles starters play, MT is guaranteed a ton of targets considering these stout Eagles run defense will try to contain the dynamic duo of Kamara/Ingram.

Alex Collins has low key been underrated this season. He’s coming fresh of a bye week where he has 6 TD’s in 9 games this season while having 6 double-digit fantasy games as well. His matchup vs the Bengals is an absolute SMASH SPOT. They have 2 DT’s, 2 LB”s and 1 CB already ruled off for this game. Some notable names include Vontaze Burfict, Carl Lawson, and Ryan Glasnow. They’ve allowed over 1,000 yards and 7 TD’s to RB’s over the last 7 weeks. Another pro is that the Ravens are really committed to the run game. Alex Collins is really matchup proof this week whether people want to admit it or not.I’m going to go with 120+total yards and at least 1 TD.

The current O/U is at 63 so predicting even 12 more is pretty bold. When you have players like Patrick Mahomes, Kareem Hunt, Tyreek Hill, Sammy Watkins, Travis Kelce, Jared Goff, Todd Gurley, Brandin Cooks, and Robert Woods, we are going to see touchdowns left and right. What we are going to witness this Monday night has a legitimate chance of being a Super Bowl preview. These are two contending teams that are going to give it all they got, in what is both teams the most important games of the year. Grab your popcorn boys and girls, this is going to be one exciting game, especially for you offensive loving people.

4. The Arizona Cardinals beat the Oakland Raiders by double digits: 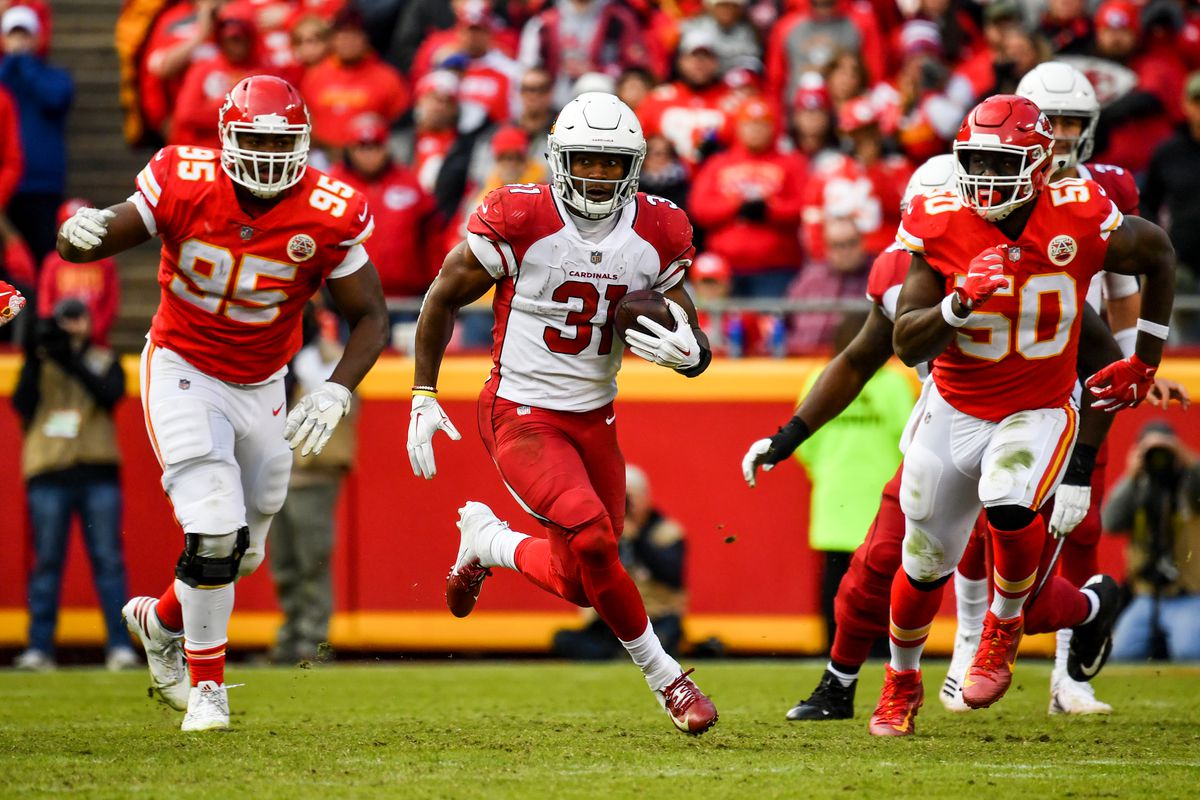 Regardless if you are a Derek Carr believer, or a John Gruden truther, there is absolutely no denying that the Oakland Raiders are the worst team in the NFL right now. What if I told you that Cardinals RB David Johnson has more TD’s last week (2) than the Oakland Raiders have TD’s in the past 4 games (1). One TD in the last 4 games, you read that right. The Cardinals defense will feast for an early Thanksgiving meal on this horrid Raiders offense. Bonus prediction in the bold prediction, David Johnson finished with more total yards than Derek Carr, BOOK IT.

5. Christian Mccaffrey will have his worst game of the season:

The 2nd year pro has absolutely been on fire lately. 351 total yards and SEVEN TD’s is no laughing matter what so ever. So why is this impressive streak going to come to an end this week? I think the Detroit Lions defense is the kryptonite to CMAC’s game. Since they acquired Damon Harrison, the Lions defense has been allowing around 2 yards less per run, which is very impressive. The biggest pro about CMAC’s game is his receiving ability. Fun fact, ZERO RB’s have recorded 35+ receiving yards in a game this season. CMAC finishes with under 80 total yards and NO TD’s this weekend.