Only a couple more slates until we are done for the year. Last week I featured a juicy play of Buffalo Bills rookie QB Josh Allen. In the WFFC qualifier, I played Josh Allen at the price of $6,800, and he was only owned 0.9% in the contest of 5,000 people. He went on the finish as the QB3 overall and the third best player overall with 30.74 Fanduel Points. he had 231 passing yards, 135 rushing yards, and 2 TD’s. Who will be this weeks diamond in the rough? Let’s get straight to it.

Ranked as the QB9, he isn’t that cheap but he priced too low for his upside this week. I think he has a legitimate show at finishing as the top QB this week. He is starting to come around tbh. He has 3 20+ FD games and 2 25+FD games in his last 5 played. Last time he faced the Indianapolis Colts and he had 416 total yards and 3 total touchdowns. Another thing is that the Colts have no one who can match up with the trio of Hopkins/Thomas/Coutee so Watson should be in store for a juicy stat line. I think this will be a shootout and will be one of the more higher scoring games on the slate, making Watson a safe play.

Samuels is a terrific play this week. We’ve seen it with Le’Veon Bell, D’Angelo Williams, and James Conner over the years. If your a starting running back for the Pittsburgh Steelers, you are going to have tremendous fantasy value. With Conner dealing with an ankle sprain, Samuels is the next man up. His receiving ability is more similar to Bell than Conner and that’s a plus considering that’s how the Steelers prefer their RB’s for game planning reasons. The Raiders have been allowing a little over 130 total yards per game to the running back position so this matchup won’t get any better. Lastly, no I’m not worried about Stevan Ridley.

That is minimum price salary wise on FanDuel. With limited work over the last 2 weeks, Jackson has been very solid. On 15 of his last carries, Jackson has 120 total yards and a TD. Just in comparison, his struggling teammate Austin Ekelar has 56 yards on his last 15 carries. With Melvin Gordon still out, I’m expecting Jackson to surpass Ekelar this week and try to fill in for MG3. We can’t ignore this matchup either. The Bengals have allowed 1,000+ yards and 10+ TDs to the RB position in the last 7 games. If Jackson gets the touches, he will go bananas. Expect Ekelar to take a step back and get a couple catches and that’s about it. 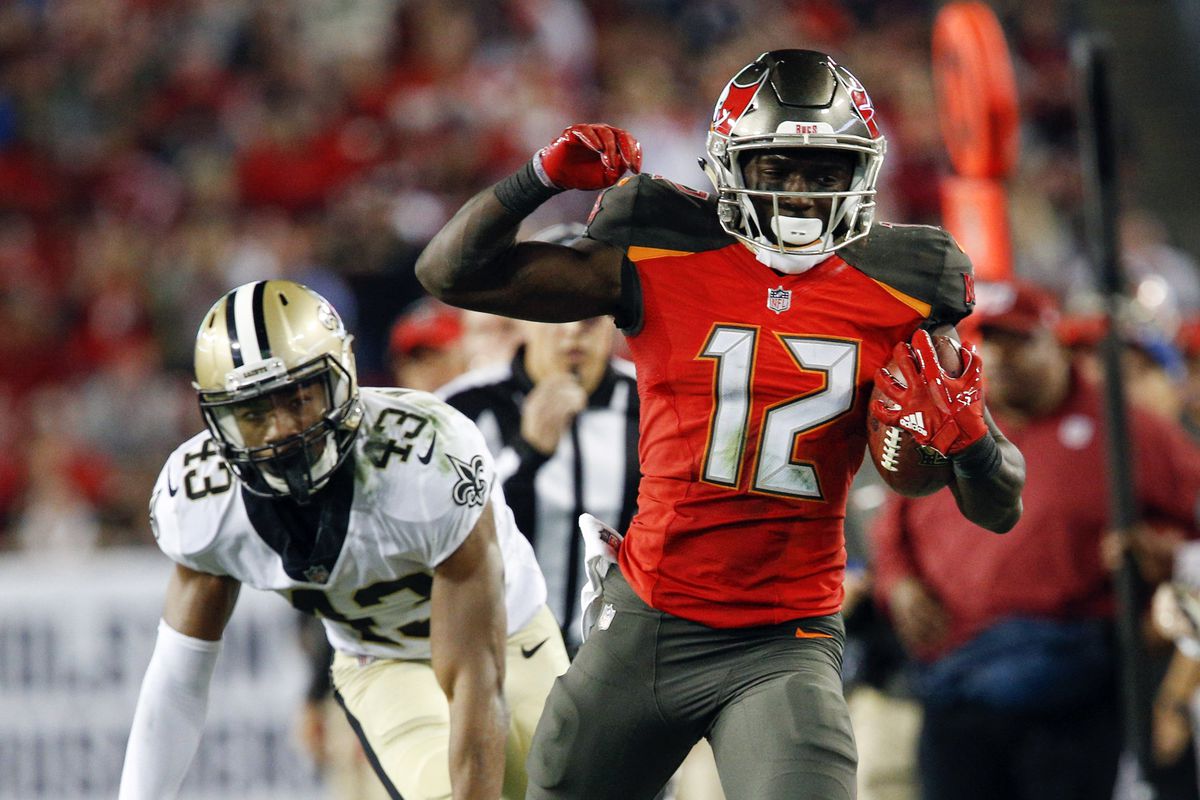 Godwin is in another great spot and here’s why. For starters, fellow teammate Desean Jackson is out in week 14 against the New Orleans Saints. When DJAX misses, Godwin eats based on his increased usage. With Jackson out of the lineup, Godwin averages 8 targets, 5 receptions, 101 receiving yards, and .7 TDs. That’s a good stat line to average for sure but let’s check out this matchup. Mike Evans is expected to be shadowed by Marcus Lattimore, leaving Godwin matched up with Eli Apple for most of the game. Apple has been hit or miss this year but he is allowing close to 15 yards per catch, which boasts well for Godwin.