Its playoff time baby! Congratulations to those of you who made your season long fantasy playoffs.  For those of you who didn’t, you came to the right place.  Its week 14 and we have a pretty loaded slate with there being no bye weeks.  It’s important to recognize which games matter with this many games so we can narrow down the slate.  Here are a couple of my favorite GPP targets who could win you money this weekend.

It feels weird writing about Aaron as a contrarian pick, but I guess that’s just how bad this team has been playing.  I think this game holds a pretty big narrative factor for Aaron and the team as a whole since the firing of Mike McCarthy.  Aaron Rodgers is a prideful man and you know he doesn’t want it to seem like he was the cause of their struggles.  I expect Rodgers to put together one of his vintage games against this struggling Falcons defense.  The Falcons defense is allowing the 25th most passing yards per game and has to come play in the Frozen Tundra.  The obvious pairing here is Davante Adams who has been having a breakout season this year. He ranks 5th in targets per game and is tied for the 2nd most receiving touchdowns in the NFL.  Take the salary relief with Aaron Rodgers and get ready to watch the show. 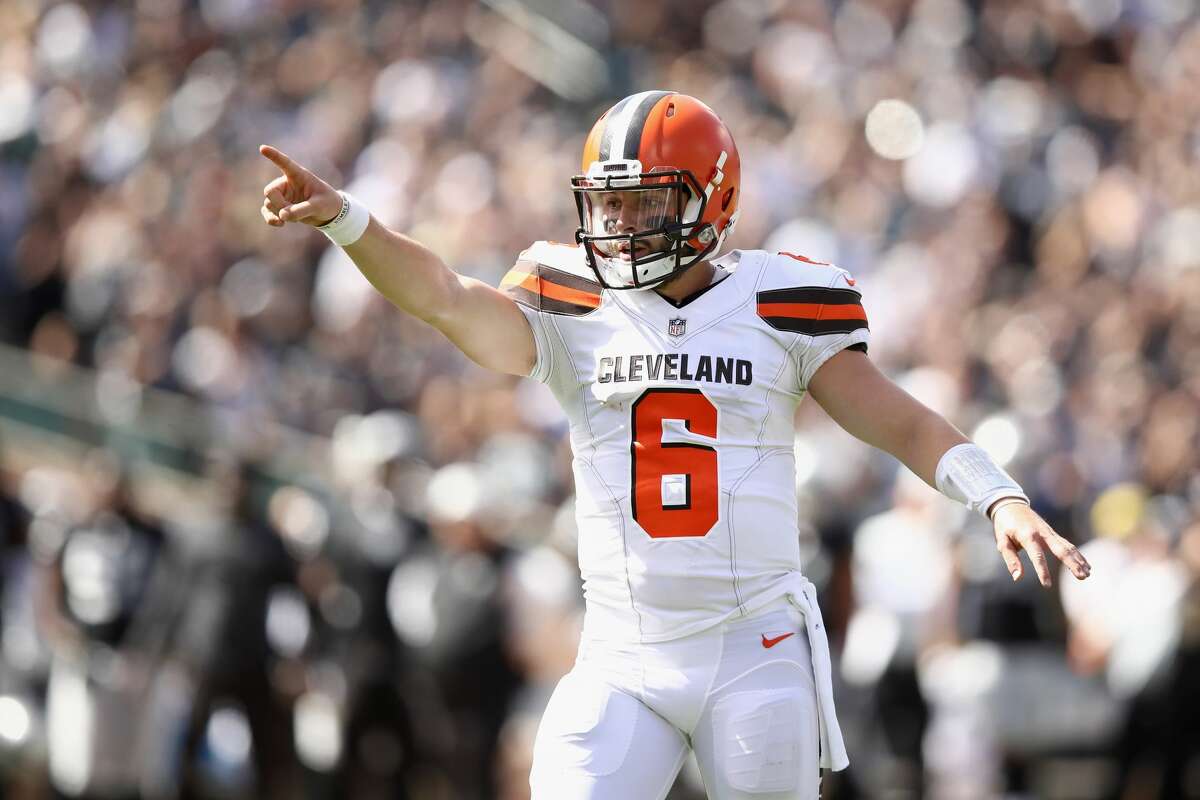 I think this game is being overlooked and holds a lot of fantasy value.  Baker Mayfield has shown great upside this year and this week he gets a plus matchup against the Panthers who rank 22nd in passing yards allowed per game.  I think running wont be much of an option for the Browns this week which will leave the green light for Baker to throw it all night.  I like pairing Baker with Jarvis Landry who has had a rough year overall but had his best game of the season last week, catching 6 passes for 103 yards.  Jarvis still ranks 8th in targets on the year so I think the upside is there with this pairing.  Take this salary relief with this duo and pay up elsewhere.